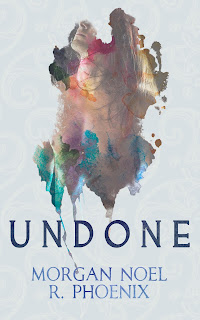 Blurb:
Leandro is a capricious fae, and he has it all: a glamorous casino as his personal playground, more power than he knows what to do with, and Kol'tso, his pet incubus. When Kol'tso tries to push the boundaries of their relationship and provokes feelings in Bryce, a nosy detective, the arrangement becomes more and more complicated. Kol'tso soon finds out there is a high price to pay for angering one of the fae. He finds himself trapped between his nature as an incubus and his desire for freedom. Leandro and his personal security guard Gideon may just be the only obstacles standing between the incubus and everything he wants.
Read more »
Posted by J.M. Dabney at 9:00 AM No comments: 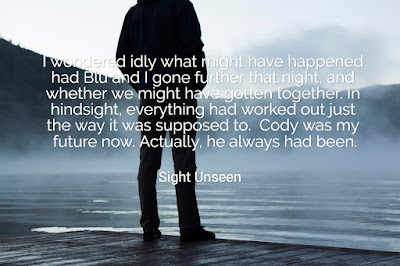 Sight Unseen by Susan Mac Nicol with Nicholas Downs
Excerpt:
He adjusted my hands, so that one cupped one side of the clay while the other was placed over the top, fingers over my other hand. “Using the heel of this hand,” he tapped on the one over the top, “start to press down firmly in the middle of the clay, creating a depression. Keep it steady, and use your fingers to press your hand against the clay, keeping it in place. Use the water, make sure it’s kept wet. Things are always better when they’re wet.” I swallowed but obeyed, my cock now in an unbearable state of ready-to-launch mode. “You, my friend, are a plagiarist.” I wasn’t sure if that was the right word to use for someone who copied film scenes, not literature, but it was all I had. I was proud I was even able to speak. I watched as the clay began to shrink downward, creating more of an uneven bowl-like shape. “What do you mean?” Nate’s fingers rubbed against mine teasingly. “Oh come on. Ghost? The movie with Patrick Swayze and Demi Moore? You mean to tell me you aren’t re-creating that scene—my favorite scene of the whole film as you well know—for my benefit? And from the feel of it, your gratification?” Nate’s tongue licked my ear as he chuckled, and that sexy sound drove me crazier. “I knew you’d get it. I’ve been waiting ages to do this with you. It’s such a turn on.” He nibbled at my ear and pulled my ponytail at the same time. A surge of pleasure went straight to my cock and I gasped. I’d had enough of his teasing. 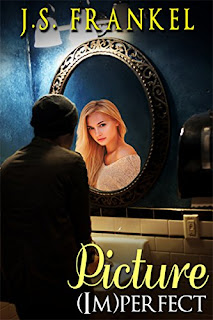 Finding a girlfriend in high school is hard enough. Finding out your girlfriend wasn't born a girl is even harder.

The laughter abruptly stopped when a voice came out of the darkness. “Mia, is that you?”

His voice sounded familiar, and as the figure drew closer, I remembered who it was—Charlie, the equipment guy from the race. He carried what looked to be a sketchpad in his hand, and his face brightened when he saw her. “Hi Mia,” he said softly. “Did I catch you at a bad time?”

The expression on her face turned to stone. “Yeah, Charles, you did. School’s over, just in case you haven’t figured it out. What is it?”

Thanks so much for joining me today to celebrate my new release. I’m stoked about Where There’s Smoke being my longest novel to date. For those who know me, I usually write shorts. I do have a few novels under my belt, but I’m all for quick hitters. This one was different because these characters grabbed me more than the others. Jonas, Santiago, and Myles are one of a kind muses that bludgeoned me over the head with their thoughts and how they wanted things.

Anyway, I hope you enjoy the heck out of this book. There’s a couple of twists and turns, but it is a contemporary. Hope you’ll stick around for the ride!

And thanks to JM Dabney for hosting me today! 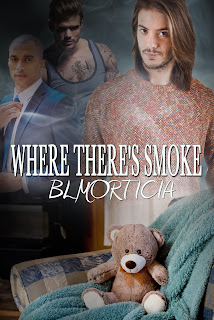 Santiago Mendoza
Chicago nearly destroyed me, but moving to Cobalt, I found everything I needed to put my life back together. Or…almost everything. I have an amazing man, a job I love, and a budding career as an author. Why does it feel like something is missing? 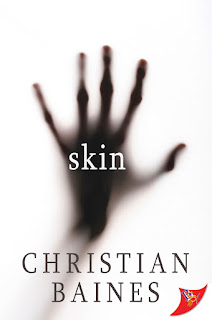 Blurb: Kyle, a young newcomer to New Orleans, is haunted by the memory of his first lover, brutally murdered just outside the French Quarter. Marc, a young Quarter hustler, is haunted by an eccentric spirit that shares his dreams, and by the handsome but vicious lover who shares his bed. When the barrier between these men comes down, it will prove thinner than the veil between the living and the dead…or between justice and revenge.
Read more »
Posted by J.M. Dabney at 9:00 AM No comments: 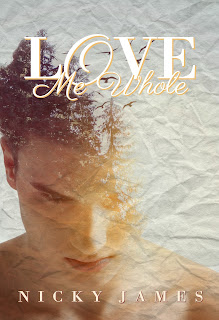 Twenty-eight-year-old Oryn Patterson isn’t like other people. Being an extremely shy, social introvert is only part of the problem. Oryn has dissociative identity disorder. He may look like a normal man on the outside, but spend five minutes with him, and his daily struggles begin to show.

Oryn shares his life and headspace with five distinctively different alters. Reed, a protective, very straight jock. Cohen, a flamboyantly gay nineteen-year-old who is a social butterfly. Cove, a self-destructive terror, whose past haunts him. Theo, an asexual man of little emotion, whose focus is on maintaining order. And Rain, a five-year-old child whose only concern is Batman.

Vaughn Sinclair is stuck in a rut. When his job doesn’t offer the same thrill it once did, he decides it’s time to mix-up his stagnant, boring routine.  Little does he know, the man he meets during an impromptu decision to return to college is anything but ordinary.

Vaughn’s heart defies logic, and he finds himself falling in love with this strange new man. But how can you love someone who isn’t always themself? It may not be easy, but Vaughn is determined to try. 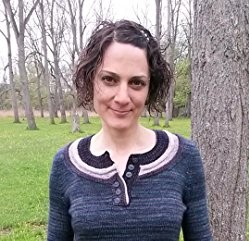 Nicky James lives in the small town of Petrolia, Ontario, Canada. She is mother to a wonderful teenage boy, and wife to a truly supportive and understanding husband, who thankfully doesn’t think she’s crazy.

Nicky has always had two profound dreams in life; to fall back hundreds of years in time and live in a simpler world, and to write novels. Since only one of those dreams was a possibility, she decided to make the other come alive on paper.

Nicky writes MM romance books in a variety of styles including contemporary, medieval, fantasy, and historical.

#New #Release His Kind of Love by Kate Hawthorne

His Kind of Love is my debut novel, and I am BEYOND excited to share it with everybody! Some people may consider it a little taboo, but I think it's just an unconventional love story :) Keep reading for my blurb, a sexy little teaser, and some information about where you can find me online. 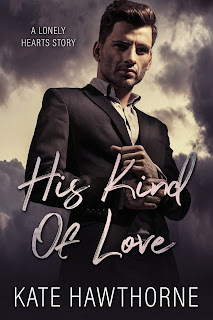 Joel Reading was lonely.
Nineteen years old, estranged from his family and seemingly unable to ever get a second date, he's surrounded himself with the things he loves most: old books and old music.
When one date got out of hand before it even began, Joel found himself displaced from a flooded apartment and on the doorstep of a handsome and older stranger, more than willing to take Joel in for the night.
Gabriel Hunter had waited years for the right man.
When a distressed Joel showed up at his door needing a place to stay, it was more perfect than Gabriel could ever have hoped for. He quickly found himself falling for the complex and beautiful boy he welcomed into his house, and started to believe in a future with the young man he adoringly called, Little Red.
Unfortunately, Gabriel was a man of many secrets, and they threatened to unravel the delicate relationship he was building with Joel.
Would Joel be able to see beyond Gabriel's deliberate omissions and give their love a chance, or would Gabriel's kind of love prove to be more than Joel could handle?

Sounds good, right?  I think so, but I may be biased.  Here's a steamy little excerpt to get the juices flowing.

In his office, Gabriel watched the feed from the bathroom camera on his phone. As he watched Joel take his cock in hand and stroke himself until he hardened, Gabriel was sure he was about to die.

Without taking his eyes off the feed, Gabriel undid the button and fly of his jeans, eased his hand underneath the band of his boxers, and grasped his own, already hard cock. Truth be told, Gabriel had been half hard since he knew Joel was en route to the condo, but ever since his first actual interaction with Joel in the hallway, Gabriel had been as hard as steel. When Joel brushed against his chest in the bedroom and had a physical reaction to their connection, Gabriel had to channel all his willpower into not forcing his way into Joel’s tight little virgin ass right there in the doorway. 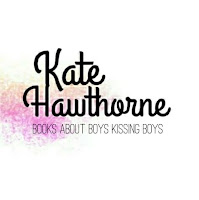 #Cover #Reveal Forever With My Werewolf by Bronwyn Heeley 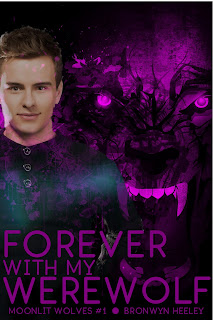 Title: Forever With My Werewolf
Series: Moonlit Wolves: Moon Struck Arc #1
Blurb:
Love is never simple—especially when your lover is a werewolf

Tim only wanted one thing: to learn his lover’s secret. However, he wished learning the truth hadn’t meant being kidnapped, and starting his family down a road Tim wasn’t quite sure they’d survive.

I want to thank Sharita Lira for visiting my blog today to tell us more about Queer in Color and how diversity in Fiction/Romance is important.

Books with queer characters have become more popular these days. People are fascinated with the stories about queer people’s lives because, perhaps they finally realized the world isn’t completely hetero. More importantly, they wanted something different than the hero and the heroine or the assumed “straight” characters that dominate fiction. They wanted different, which means more diversity.
Read more »
Posted by J.M. Dabney at 9:00 AM No comments:

#Lesbian #Romance Reigning Her In by Tracey Michael 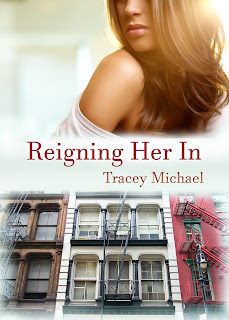 Hadley Reign loves her company, Over the Reignbow, and what it stands for. While she's covering the reception desk, the most adorable redhead walks in to pay off her loan. Hadley isn't shy about wanting to get to know her.

Addison O'Malley hasn't had the best luck, but she's finally come to the point where she can pay off the loan which saved her life. She never imagined meeting the owner or that owner asking for her phone number. Maybe she really was on the upswing of life.

When Addison plans something special for Hadley's birthday and Hadley doesn't show, Addison is crushed. Can Hadley make it up to her and save their relationship?