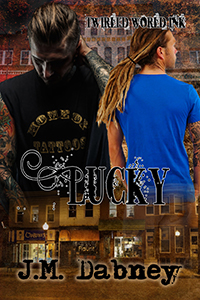 Welcome to Twirled World Ink where the crazies run the asylum.
When someone was asked to describe crazy, if they knew Lee “Lucky” Trenton they’d point at him. Accident prone and without a filter of any kind to tell him to shut up before he says something inappropriate he’s no one’s idea of a perfect partner. Growing up with parents who subscribed to a philosophy of Radical Honesty Lucky and his siblings were doomed from the womb. Lucky found a home away from home at Twirled World Ink, but he didn’t just find a place to belong. He’d found Priest.
Matthew “Priest” Beall ran away from his judgmental family the second he’d earned the money. He’d come in search of Gib Phelps a legend in the tattoo industry. If you wanted to learn the craft, then Gib was the man to beg an apprenticeship with, and he’d begged. Priest might have left the violence of his past behind, but when he closed his eyes it came back to torture him. The only place he felt safe was when his best friend Lucky let him sleep in his arms. He wanted more, but he didn’t think he deserved it.
Priest left his family behind without regret only to find a new one with the crew of Twirled World and the super weird Trenton family. Could he grab onto his new life or would the memories of the past ruin the happiness he’d gained?

#NewRelease The Boss of Me by Merryn Dexter 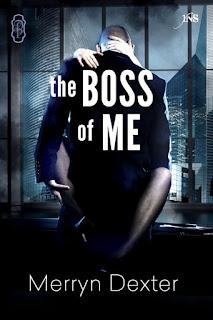 Dear Madame Evangeline…
Lou Jones loves her job, but she can’t ignore the attraction she feels for her boss, Daniel Smith. She contacts the 1Night Stand dating service hoping a little fantasy role play will help her get over her crush.

This is fantasy, nothing more…
As they explore their every desire, Lou and Daniel find keeping reality at bay is harder than they thought. Will their 1Night Stand deliver the satisfaction Madame Eve prides herself upon, or are they just too close for comfort? 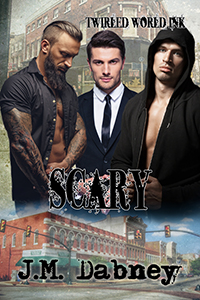 Welcome to Twirled World Ink where the crazies run the asylum.

Gene Sheridan earned the appropriate nickname when Legend Gib Phelps employed him at Twirled World Ink—Scary. No one made it out of his old neighborhood without scars both mental and physical. At one time, Scary thought he had a chance that is until his ex-boyfriend discovered slumming with someone like him wasn’t worth his trust fund. No-strings hookups became his go-to when he needed to relieve some tension. Co-owning a bar called Brawlers with his best friend, Tank, made it easy to find a body to use for the night. If not happy he was content with his life, but one man made content seem like such a terrible thing.

There’s a line in a song by rock band The Editors, “Some things should be simple; even an end has a start”, which has resonated with me recently as I come to the end of a book series. Tales from The Edge consists of eight books and four free short stories and began almost four years ago with Reaching The Edge. The main characters, Olly and Joe, have inhabited my head ever since and letting go has proved anything but simple. I wish they were real – they’d make really good friends and I think a night out with them might be an adventure!