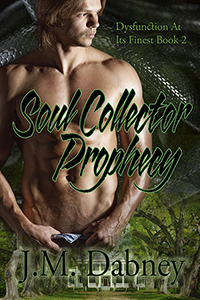 Soul Collector Prophecy is the second book in the Dysfunction at its Finest Series. Rache "Ripper" Jackyl didn't grow up in a conventional family. His mother a Sociopathic Vampire and his father a Demon. He's survived 200 hundred years by being just as ruthless as the woman who raised him. Now, it's time to face his destiny and all the Hell it entails. With the line between Allies and Enemies blurred, the question was whom he could trust to have his back? Now was the time to pull in the Jackyl ranks, but who would remain standing in the end?

Love wasn't in the cards.

With his first cry, Rache "Ripper" Medina-Jackyl's fate was sealed. He was destined to become a parasite feeding off the misery of others to survive. Him and his mother, Amora fought to keep him free for as long as possible. Only so many battles could be won before they would lose the war. He had an eternity to fill, but the one thing he craved would never be his. 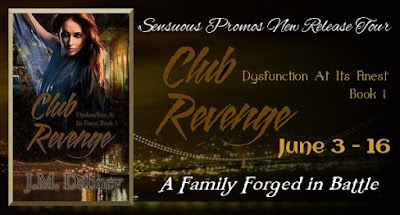 Dysfunction at its Finest, Book 1

A family forged in battle.

Amora Medina-Jackyl knew one thing well—vengeance. She’d inflicted pain without mercy to those who deserved the punishment. She’d lived by one motto her entire existence--family was to be protected above all else. An ancient cult murdered her parents and siblings when she was little more than a child. The Order of Angelus hadn’t understood the Hell they’d brought down on themselves that one brutal night.