Frey Ortega is here today with their new release Lovelocked a romantic comedy. Definitely check this one out if you haven't yet. 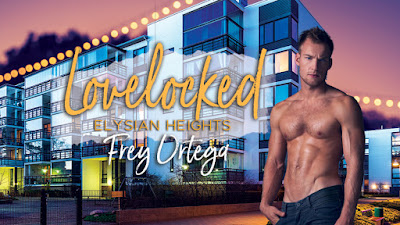 LOVELOCKED, the first book in the Elysian Heights series by Frey Ortega, is NOW LIVE and available on Kindle Unlimited!
Amazon US: https://www.amazon.com/dp/B084C4Q7KZ
Madison Wyler is a lust demon who’s in over his head as a relationship and sex columnist. Having been stuck in a rut for what seems to be forever, his sister gives him the idea to freshen up by doing what he does best: seducing a man to have sex with him. He meets Nolan Cook, a human male who intrigues him, and he finds his so-called prey for the night.
Nolan is broken, however, having just split with his long-time girlfriend. Madison feels an immediate kinship and a connection with Nolan that is as scary as it is instantaneous, but he finds himself going all in to try and help mend Nolan’s broken heart rather than trying to get into his pants.

Nolan is scared. He doesn’t know if he’ll ever love again, and this strange tie that binds him and Madison is too strong, too quick, and it throws his already off-kilter world even more off balance.
What is this love that locks the both of them to one another, and can they find the meaning of it together?
---
Lovelocked was originally released as In Lust, In Love, but it has been rewritten, revised, and given a brand-new cover. It is a paranormal romantic comedy at over 43,296 words complete with a sassy landlady, romantic incubi, a HEA, no cliffhangers, and can be enjoyed as a standalone. 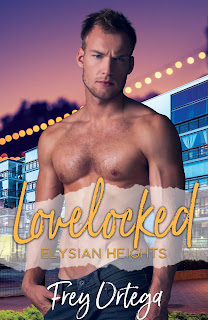 He loves writing about people, especially people of all different shapes, sizes and backgrounds, falling in love. You might also find him playing video games from time to time! His favorite ones are MMORPGs, and role-playing games in general (and not just the ones in the bedroom.)
WEBSITE