Don't Use Me as an Example: A Short Essay

Although, I’ve done this publishing thing a time or two, but I’ll tell everyone, or anyone who asks don’t use me as an example for this writing game. Everyone has their process—what works for them. I’ve told the story before, but it bears repeating, when I was eight I wrote the worst poem in literary history, but my love of writing formed. My mother wanted me to grow up to be an investigative journalist. We both quickly realized I wasn’t diplomatic enough for it. Although she was sure she’d see me on TV one day she just hoped it wasn’t in handcuffs. My Evil One aka Mommie Dearest aka Lifegiver always had the sweetest opinion of my personality.

But I digress. I grew up loving the written word, the way authors compose these perfectly imperfect symphonies of words, sentences, and paragraphs. Authors who paint mentally picturesque landscapes for us to disappear into. I’ve written before that I jotted down short stories in my notebooks with the dream of publishing a story someday. Anne Rice, Stephen King, Dean Koontz, Patterson, I wanted to see my name on the cover of a book gracing the shelves of a bookstore. My dad’s parents were voracious readers and I spent weekends at their house growing up. Every night it became a habit to curl up before going to sleep and read. I read everything from pulp detective novels to true crime serial killers. I was way too young for those types of stories, but my love of reading wasn’t stilted because of that.


My grandmother had a typewriter, I’d sit at the kitchen table and typing away on the keys. The rhythmic pulse of words forming felt right.

With every Creative authors need to find their niche and I had a gluttonous appetite for any and every book I could get my hands on. When I turned thirteen, my mother pretty much gave me free rein to read, watch, believe whatever I wanted as long as I was willing to stand up for my principles, I could be whatever I wanted. This was the pivotal moment in my life where I formed my lifelong philosophies in everything from politics to religion (lack thereof).

It wasn’t until I came across a single book that I realized the energy I wanted to convey. Naked Lunch. A 1959 novel by William S. Burroughs, an American Author who had close friendships with Jack Kerouac, Allen Ginsberg, Neal Cassidy, and the Beat Movement. Naked Lunch had a frenetic energy. There’s a lot of lore about how to book came to be. It was a headlong dive off a cliff into hallucinatory aspects of heroin addiction. It was gritty and gave zero fucks, part of me want to create something that would exist for someone like me to find half a century later. 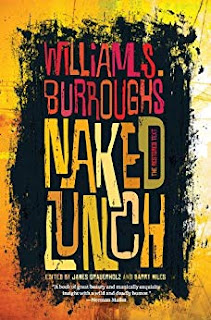 All those hidden stories in my notebooks were gritty and carefree. They were perfection to me and as the years went on my life took a downward turn. My own addictions, self-destruction and suicidal ideation took over and I lost my love of words—my motivation for becoming that published writer I always wanted to be. For years I didn’t write another word.

Thankfully that changed, I found this community where I could write all these stories I wanted to without fear. Anonymously posting online all the stories that existed in my head. The voices finally waking up, but those stories weren’t enough to keep my addictions at bay. Then one day I wrote my first book. I wrote it to market—to company standards. It was a FM (Female/Male) Femme Domme story and I published it. What I found is writing to market works for some. Maybe it’s their comfort zone. Writing to a company’s list of must-haves.

Then I wrote my first FF (Female/female), LesFic (Lesbian Fiction) story. And my still slightly in the closet Queer heart was happy, but I inadvertently chose the harder of two paths. Lesbian Romance or Fiction isn’t a huge market, but the readers are diehard readers. I languished trying to find my foothold in a genre that I’d never thought about writing in. I’m a poly, non-monogamous, gender nonconforming/nonbinary, lesbian who doesn’t believe in romantic love. Yeah, how I ended up in the romance genre I have no idea, but six years later here I am. Thirty-five novels, short stories, anthology stories and freebies under my pen name J.M. Dabney and one under my new one Siobhan Smile. 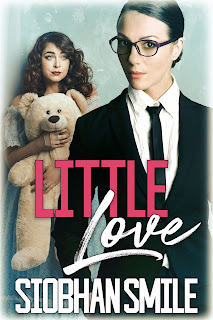 I wrote all over the LGBTQ+ Spectrum and Straight stories, but what is same throughout my stories is the fact that I write Body Positive Romance with a diverse cast of characters that deal with everything from severe childhood trauma to mental illness. There is no stigma in the books I create, there’s nothing taboo about body size, shade of skin, shape, and I’ve prided myself on that. In no way was that an easy choice.

Yet if anyone asks I will tell them the same thing, write to feed your soul. Once you’ve written yourself into a box—conformed to expectations it’s harder to experiment. I have novels I’ve been working on for years, ones I’ve never shared with anyone because those creations are a personal journey. We all must do what feels right for us.

Don’t use me as an example. Creatives are very much about their brand. It’s like with any company, a reader sees your name and they come to expect a certain type of story from you. If that story doesn’t live up to your brand then you’ve earned the disappointment of your readers.

Lesbian stories are where my heart is, it’s a part of me and I want to share stories that reflect my own existence. Yes, when those books aren’t received with the same amount of love my pride gets a bit battle-hardened. Scars which never quite heal. My fat-positive and body positive stories are this beautiful design formed by years of self-discovery of becoming comfortable in my own skin, the folds of flesh and the hair that is supposed to be unacceptable for a person assigned female at birth. As a gender nonconforming/nonbinary person my existence is a revolutionary act.

To be happy and acceptable of the form you present to the world is shocking. Writing my stories shows the world that not everyone is one-size-fits-all. Love isn’t dependent on your level of normalcy and conformity.

Would my writing life and job be easier if I went another route: probably. Would I change it? No. I can’t imagine writing anything else. Romance has brought me some of the greatest readers an author can have. Loyal and made some of my best friends through the genre. This genre allows me to write my other stories in the background. They allow me the opportunity to tell the stories I always dreamed of writing. Where love isn’t dependent on if you’re acceptable enough.

Now that I’ve rambled on, maybe you’re wondering what the overall theme of this post was. Maybe it was just a flowing of ideas or it could be my way of saying stay true to you. Write those stories with all the fluff or all the angst. Write what makes you want to go back and read your own words because those are the stories you want to read.

I can’t tell you want to read or write, it’s not my place. I’m not offering any advice, but what we’re missing in any genre is diversity. And I strive to have stories for everyone. Stories where a reader can sit down and picture themselves falling in love. Where they have great sex no matter their jiggly bits. Where Kink is for all and not just some chosen few.

Keep writing. Keep reading. Keep striving to put something different out there. And that’s it for me until next time. Thank you for reading and I’ll be back to ramble on soon.